Maria Conchita Alonso had a chat with Starry Magazine about her new song “Shake It Out” – watch the video here!

Q) What are the recent projects that you are working on?

A) I just finished a movie called I’d Like To Be Alone Now and it is a great little independent movie with Mindy Sterling and a few actors. It’s a great movie and a dramedy. For the first time in my life, I play a maid, which is great. Then, I’ve been touring Ecuador, Costa Rica, Peru and Mexico. I haven’t stopped doing that for a long time. I’m also in the upcoming movie In A Little Spanish Town.  Right now, mostly I’m promoting my song – the first time I’m pursuing the Anglo music world. It’s called “Shake It Out.” It’s a fun sound that is very summery. At the moment, we are working on the remix. It’s being played at the clubs, but it is very short so they have been asking me for a remix of a longer version. I’m really concentrating my time and energy into making this song known. I’ve been away from recording for a while and everything is more complicated now with the industry. I’m meeting with different distribution companies so it can be played on the radio. I will also start shooting a couple of movies.

Q) What is it that fans are really connecting to with “Shake It Out?”

A) My Spanish speaking fans (the majority of my fan base – 95%) just likes the vivacious vibe that it is has. It is like the weekend is here, even if it is the middle of the week! You want to kick off your shoes, have a shot of tequila and go out dancing. Put on a comfortable dress, forget your problems. It’s what the song invites you to do – just have fun. It really makes you dance even if you don’t understand the words. The remix is going to be a mixture of a lot of Spanish guitar and Spanish oriented (Spanish from Spain) and also with some rapping in it. I think it is going to give it a completely different vibe while still being very much a dance song, a club/fun/crazy song.

Q) Why was it important to you now to enter the English-speaking music scene?

A) I’m also a political activist for human rights and democracy for mostly Cuba, Venezuela and Colombia. I took a long break. I didn’t want to work, act or anything for almost eighteen years. That’s all I wanted to do – help out the world. Nothing has changed though and I would say it is even worse now. For the people, it is a misery. I said, “This is it. I’m fed up with this. Whatever time I have left is going to be for me and my career. So, I’m going to go for the American market because it is not only for the United States. It is for Europe and Japan and Australia. Then, I’m thinking to myself it is crazy at this age of mine to go in for the kill in a completely new area. Although it is not a hundred percent a new area because of my background in the Latina world, but it is for the rest of the world in the music industry. I think by doing that and having my name out there again from the top my voice will become stronger. It will be heard more and I will be able to speak the truth of what is happening in those countries. Also, I’m a very big animal activist. So, I think the higher you are in your career the more people that know who you are the more possibilities you have to speak out.

Q) What can people expect from one of your live performances?

A) I’m quite energetic on stage. I don’t stop be a ballad or up-tempo song. I move a lot. I could say my energy is like a combination of a Mick Jagger/Tina Turner. I’m talking specifically about the energy on stage. Once I get on stage, I forget about everything and I just become involved with my music and what I am receiving from the audience. I’ve been doing this since I was fifteen years old. So, for me, it is a very natural thing. I perform in front of 200,000 and I perform in front of a hundred people. It’s the energy what counts and the love that counts. It doesn’t matter how many people are there, I still get nervous. People will leave with a smile on their face and it is just a relationship. You have to come from both sides of the couple. It’s the same thing when you are on the stage. You grab that energy and you connect with that audience. They feel yours and that has much to do with what you are receiving from them.

Q) Is there a chance for an EP or even a full album from you?

A) No, this is for now. I have to take it one day at a time, although I need to do this fast. I’ve been trying to become best friends with patience, but it is very hard for me. It’s important. I don’t have a second to lose. I just have to make this happen and meeting with distribution companies because the song needs to be played on the radios. I don’t want it to just be played in the clubs or on YouTube or iTunes. Right now, I tell people to go and watch the video and download on my website – mariaconchita.rocks. It is better to download it there, but I also want people to hear it on the radio. I want people to be driving and dancing. It is very catchy for all ages. My ex-boyfriend’s son who is sixteen years old was like, “Yeah, the song is okay,” but then he can’t stop humming it! It’s very, very catchy and it goes for all ages. So, for me it is just very important now to be played on the radio and that’s what I’m working on with different distribution company.

Q) What can fans do to help promote your music?

A) Tell your friends! I’m very big on Twitter and on Facebook. I just recently started Instagram. I’m getting more into it now. I think the best way is for someone to hear the song and tell your friends, “I just heard Maria Conchita Alonso’s song! It’s great! Download it here…” A lot of times word of mouth is what makes things happen, with everything – films, music, animals. You have to sign here to help stop the declawing of cats or to help. So, word of mouth for me is very important. If someone listens to it and likes it, download it. Tell your friends about it and put it on the internet. Say, “You need to listen to it! It’s fantastic! #ShakeItOut.” That’s a good way to start! Also, I have some fans on Twitter that send tweets to radio stations to say, “I want to hear ‘Shake It Out!’ I love it! I want you to play it!” I have a lot of fans that do that and it is great. I go in and retweet and retweet!

Q) You are a part of social media. Why is that such an important way to connect with your fans?

A) It’s what is big right now. I’ve always connected with my fans, always. When there was no Twitter, Facebook or Instagram, I always connected with them through emails. They like that. There is not a lot of celebrities, singer, actors or stars (whatever you want to call it) that do this themselves. We have people that work for us and work with that are the ones a lot of the times to do this. But I think it is a pretty personal thing to connect directly with your fans. I think it is important for them because you are showing them respect. If we didn’t exist, there is no music. There are no movies. There are no stories. Also, if the fans don’t exist we are not heard or seen. Again, it is this dual thing like couples. Both sides are important. And fans do like it a lot when they know it is you personally who is writing to them. I used to have a boyfriend who would see me writing and communicating with them and engaging in a conversation. He would ask me, “Do you know these people?” I would say no and he would tell me I was crazy. He would say, “You’re a star! Why are you wasting your time?” I told him it wasn’t a waste of time. You are going to have them forever and it makes me feel good to make someone feel good. It makes me feel good when I know I am part of stopping cruelty in animals, children and worldwide issues. It makes me feel good! So, why not do it if I have the time. If I can grab an hour of my time in the day, why shouldn’t I? Am I better than others? I’m lucky. I work hard. I’m so lucky to be where I’m at, but it is like we were all born the same way and we’re all going to do. We all have to go to the bathroom. We all have to eat. We all have to sleep. So, the day I find someone that is different than me in all of those senses, that’s when I’m going to be like, “Wow!” We’re all the same. Some are just luckier to do what we love to do in life, for one reason or another. It doesn’t mean you are more special than any other human being.

Q) What would you like to say to everyone who is a fan and supporter of you and your work?

A) First of all, I thank them for always being there with me and for me. I thank them for defending me many times and for not believing 100% that is being said. A lot of times it is not true and a lot of times it is magnified. Especially my Spanish speaking fans, I thank them for staying next to me all these years. I kind of disappear a little bit. For my Anglo-world, it’s also very important to me to keep having them and new ones at this time in my life. At my age, starting something new like this (entering the English music market) is not easy. It’s not easy for a newcomer. It’s not easy for a twenty-year-old. Well, imagine it for someone my age. But my mother always said, “Nothing is impossible. Everything is very hard, but nothing is impossible. You have to believe in yourself.” I believe in me and I believe in my fans. They are going to push me. They are going make others listen to the song and everyone is going to love it. A lot of my fans call the radio station and let them know they want to hear “Shake It Out.” That’s very important. I always try to be there for them, which I have done my whole life. I help in many ways with my voice, if I can. I do collect medicine to send to Venezuela because there is a lack of that there now. So, I try to help them all as much as I can. This is something that should be for always. The connection between a fan and an artist is very important and it should be respected. They are there for you so we should also be there for them when our time permits. 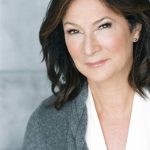 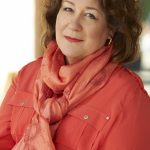 WHERE YOU CAN SPY ‘AMERICANS’ STAR MARGO MARTINDALE IN NYCInterview, Margo Martindale