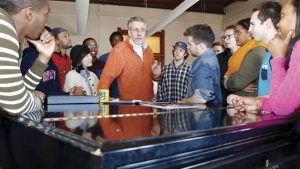 When David M. Rezak, Variety’s 2015 Mentor of the Year, lectures his music-business students at the Setnor School of Music’s Bandier Program at Syracuse U., he’s not just providing the knowledge of an experienced professor. He’s speaking to his passionate pupils with personal insight, having worked as a manager and events promoter for more than three decades.

Since joining Syracuse’s faculty full time in 2003, Rezak has nurtured the Bandier Program for Music and the Entertainment Industries, which launched with its first 25-student class in 2007. Unlike degrees at schools that are specifically geared toward musicians and composers, the multidisciplinary, liberal-arts-heavy curriculum is designed to help students learn about the many careers available within the music industry and decide which aspect they’d like to pursue.

“We really focus on experience learning,” says Rezak, who runs the program with Ulf Oesterle and adviser Lisa Steele. “With 100 students total, we can’t hope to economically justify teaching a semester-long course in music supervision or A&R. So in place of that, then we say, ‘OK, let’s make sure you get an A&R internship this summer.’ So the process really begins as soon as they arrive, but they’re much better informed after sophomore year.”

In addition to internships, Rezak uses the skills he built as founder of DMR Booking Agency in 1979 to bring the business into the classroom by inviting music-industry leaders in for a weekly lecture series.

“We can talk to them so much and we can have them read so much about it, but now here’s somebody who really does it,” Rezak says. “That’s the best way to teach them.”

The lecture series often represents the highlight of each week for the students.

“Every (week) all semester, he’d have an industry professional come in and speak to us, which points to how well connected he is,” says 2014 graduate Adam Cohen. “When he had a speaker come from a part of the industry he knew you were interested in, he’d invite you out to dinner with the speaker and you’d get to talk to them a bit more personally.”

That attention to detail is what makes Rezak stand out as an educator, according to Cohen. He truly cares about his students. It’s also probably the reason for Bandier’s 90% graduation rate.

“He took the time to really get to know all of his students. He wasn’t happy if we just got a job in the industry. He wanted us to get a job in the sector of the music industry that we wanted to get into,” says Cohen, who had a job with AEG Live three days after graduation.

Though Rezak clearly demonstrates an enthusiasm for what he does, he looks for that in his students even before they’re accepted into the program.

“I had a young man from Merrick, Long Island, come to me and say, ‘I’m going to be a concert promoter. I’ve been doing these shows at my temple every month since I was in ninth grade.’ By the time he was a junior at SU, he was managing (hip-hop artist) Hoodie Allen,” Rezak says.

“David encouraged me to follow my passion for music and entrepreneurial spirit and gave me the opportunity to incorporate my field projects into coursework,” George says. “It was a really valuable experience.”

Encouraging students to pursue a track that resonates with them is important, but Rezak also recognizes the volatility of the music industry.

“This is definitely a generation that’s going to go through career changes, so we are constantly advising (students) about flexibility, but also to recognize opportunity,” Rezak explains. “They’re good at sensing a business plan that’s going to survive and sustain them. In some cases, they may identify that the company they’re in isn’t going to answer their career trajectory and do something different.”

Though Rezak says going from a thriving music career to the slower pace of academia took some getting used to, he still consistently finds fulfillment in his everyday conversations with each class.

“The rewards in higher education are really in the interaction with the students,” Rezak says. 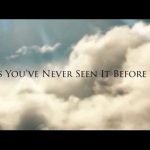 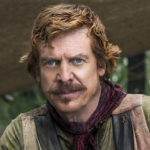