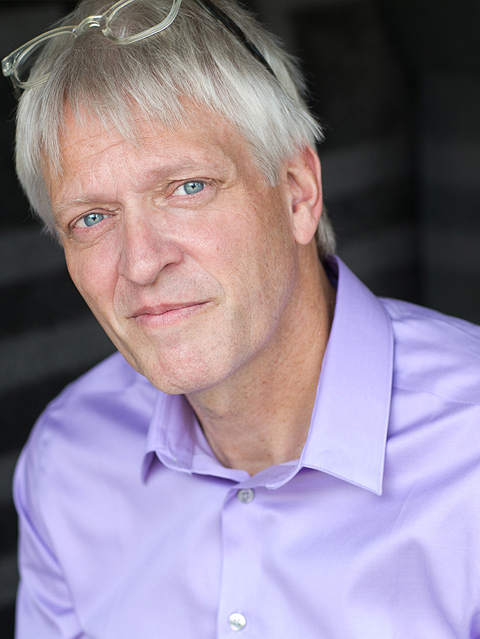 Doug McIntyre spent twenty-years as a television/screen writer and producer including the hit series Married… With Children, WKRP in Cincinnati, Mike Hammer – Private Eye, and the critically acclaimed PBS series, Liberty’s Kids, which earned Doug a Humanitas Prize nomination for excellence in television writing. Together with Penny Peyser, Doug wrote, produced, directed the award winning film: Trying to Get Good: the Jazz Odyssey of Jack Sheldon.

McIntyre is also the page one columnist for the Los Angeles Daily News and the Lang Newspaper group as well as book reviewer. In 2010 he was named “Best Columnist” by the California Newspaper Publishers Association. Additionally, Doug has written for American History Illustrated, LA Jazz Scene, the L.A. Times, Long Beach Press Telegram, Pasadena Star News and the Connecticut Post among many others. He co-authored Cheap Advice for Time/Warner Books.

Doug is in his 10th year as host of McIntyre in the Morning on Talk Radio 790 KABC in Los Angeles, heard weekdays from 5-10am (Pacific). Doug made his radio debut as the host of the wildly popular Red Eye Radio heard locally in Southern California from 2000 – 2004, and repeated his success by launching a national edition of Red Eye from 2010-2012.

A frequent guest on television, Doug appeared on Bill Maher’s Politically Incorrect over a dozen times, as well as, Real Time on HBO, The History Channel, the FOX News Channel’s hit shows, The O’Reilly Factor, Hannity & Colmes, as well as numerous appearances on CNN and other news/issues programs. Doug was a regular member of the Varsity Panel on CNBC’s Dennis Miller and wrote and performed his own segment, Under the Radar.

Born and raised in New York, Doug moved to Los Angeles in 1985 to work for Jack Klugman and John Stamos on a short-lived NBC sitcom, You Again?. McIntyre is married to actress Penny Peyser. (The In-Laws, The Frisco Kid, Rich Man, Poor Man, Crazy Like a Fox, All the President’s Men)

Doug is a proud stepfather to two boys, Buck, who served 10 years in the United States Army, retiring as a Captain and Black Hawk pilot, and Devon a recent graduate of Chapman University.

Year after year McIntyre has been selected by his peers as one of the “most popular” and “most admired hosts” in the annual LARadio.com poll. The radio trade magazine Talkers consistently ranks McIntyre among the top hosts in the business. In 2009, his alma mater, Stonehill College in Easton, Massachusetts named McIntyre “Alumnus of the Year.”

Doug McIntyre is a weekly columnist for Los Angeles Daily News. Below are his most recent contributions.

“Warm feelings for ‘Mr. Warmth’ Don Rickles”
“LA seeks sanctuary from rule of law”
“It’s about to get even lonelier at the top of Trump Tower”
“Creating a scraped knee-free childhood”
“The mourning after another low voter turnout in LA“
“Cable TV runs the spectrum“
“In sickness and in health“
“‘Daily News Doug’ predicts six more weeks of hysteria“
“Putting ‘illegal’ back into illegal immigration“
“With President Trump in charge, the sky hasn’t fallen … yet“
“Donald J. Trump: Not my candidate but my president“
“Flying is literally for the birds … and dogs“
“We survived 2016, so let’s plunge ahead to 2017“
“The ghosts of Christmas past and present“
“Driving the fun out of driving“
“‘Ban the Box’ will make LA more felon friendly“
“A flood of thanks in a difficult year“
“Faking our way to a better America“
“The real work begins the morning after campaign 2016 ends“
“Are we witnessing the demise of the deli?“
“Some day this will be over. Then what?“
“Black and blue lives matter in high-charged debate over police shootings“
“As Vin Scully exits, Dodger blues set in“
“Self-driving California off the fiscal cliff“
“Wells Fargo: when the bank robs us“
“California mows down the working man“
“Will making voting easier in California boost electorate’s participation? Will anything?“
“Trolling for a little civility“
“Hung up about texting over talking“
“Dark times for the blue planet“
“Can’t handle anymore candles“