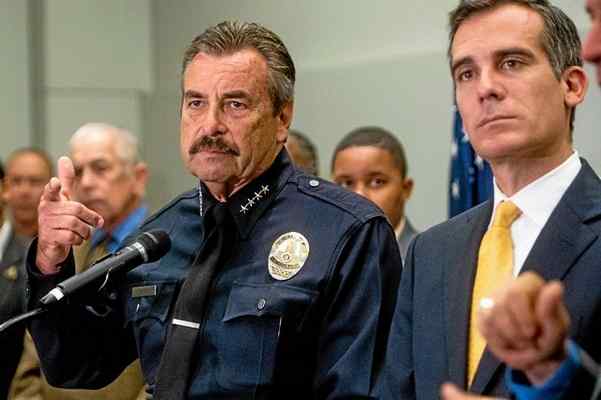 “Exactly what is a sanctuary city?”

The mayor and chief went to Washington last week to knock on the door of President Trump’s director of Homeland Security, John F. Kelley. After the closed-door meeting, Dave Lapan, a spokesman for Homeland Security, said the department is “working on a definition” but doesn’t have a timeline.

The mayor and chief are busy men. They can’t hang around Washington waiting for the feds to get their act together. So, to speed things along, I’d like to offer the following definition of a sanctuary city:

The Trump administration has shoved the ultimate back-burner issue onto the front burner. At long last we’re having an honest debate about our broken borders rather than the one-sided demagoguing that has maligned anyone opposed to open borders as a racist and xenophobe.

Ironically, had we been allowed to have this conversation before the issue reached critical mass, Donald Trump would still be a reality TV goofball rather than a presidential goofball.

In broad terms, a sanctuary city is a city that does not care if a resident is in the country illegally.

But Los Angeles went considerably past simple indifference. Our elected officials, including the mayor, the City Council, the city attorney, our representatives in Sacramento and Washington have all actively conspired to subvert any attempt by the federal government to enforce our immigration laws. They have passed laws, created policies and filed lawsuits in an effort to further embed our illegal immigrant population into society.

Special Order 40, the infamous 1979 internal LAPD directive from then Chief Daryl Gates, is the granddaddy of sanctuary city “laws” in America. I put “laws” in quotes because Special Order 40 is not actually a law. It’s a department policy instructing officers not to initiate a stop based on suspicion of an immigration violation.

Order 40 was created with the best of intentions. The hope was, if we took deportation off the table, victims of crime and witnesses to crimes would not fear going to the police.

That’s not what happened.

Word spread quickly. Los Angeles became the destination for illegal immigrants. Why not? The welcome mat was out.

L.A.’s illegal community mushroomed, and so did crime. In the decade before Special Order 40, from 1970 to 1979, Los Angeles experienced 4,950 homicides. In 1992 alone, 13 years after Special Order 40 was supposed to make L.A. safer, 2,589 were murdered. Chief Beck still claims Special Order 40 makes L.A. safer. Donald Trump is not the only one spewing “alternative facts.”

As illegal immigrants spread across the land, local officials in other cities looked to see how Los Angeles handled the problem. Sadly, they doubled-down on our bad bet. They created their own versions of Special Order 40, further entrenching a vulnerable, exploitable and needy population into their communities while importing poverty, lowering the wages of working people and sending crime rates through the roof.

But Los Angeles wasn’t happy with just Special Order 40. Over the years our various mayors and City Council members have labored to eliminate any distinction between legal immigrants and illegal immigrants with a big assist from our local news media, who similarly make no distinctions.

Here’s a brief sampling of how local politicians poured gas on the fire:

March 21, 2013, Mayor Eric Garcetti reactivated the Office of Immigrant Affairs, ostensibly to make the transition to a new life in America easier for immigrants. The office not only makes no distinction between legal and illegal immigrants, it openly advocates for legislative action at the state and national level to erase as many distinctions as possible.

For example, SB 60, Councilman Gil Cedillo’s dream-come- true, granted driver’s licenses to illegal immigrants. 605,000 were issued. Yet L.A. is still the hit-and-run capital of America. Sandra Duran was struck and killed (allegedly) by a five-time deportee and convicted felon, Estuardo Alvarado, simply the latest documented case of a horrible crime committed by an undocumented immigrant.

Los Angeles led the charge to OK major banks accepting Matricula Consular cards to open accounts and receive home mortgages. You can’t get any more embedded in a community than that.

On July 7, 2014, Mayor Garcetti announced LAPD would not honor federal immigration requests to detain inmates who might be deportable unless a federal judge vetted the request. I wonder how Sandra Duran’s family feels about that?

SB 1159 granted licenses to ply a trade in California regardless of immigration status, further embedding our enormous illegal population and encouraging more to come while forcing hairdressers and other licensed professionals into stiffer competition resulting in lower wages.

Kevin de Leon, the president pro-tem of the California State Senate, announced to the world “half my family is in the country illegally” and then confessed they had fake (stolen?) Social Security cards and other fraudulent forms of ID. Not that identity theft is problem, right? De Leon is the author of SB 54, a bill that would make all of California an official sanctuary for illegal immigrants.

Throw in Section 8 housing, Aid to Families With Dependant Children, in-state tuition at the UC system, a push for universal health insurance regardless of immigration status, and a cornucopia of other perks and benefits, and it’s not hard to figure out why so many have chosen to come here by any means necessary.

If the mayor and chief of police are still unclear about the definition of a “sanctuary city,” I can be reached at: Doug@DougMcIntyre.com. 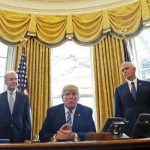 DOUG MCINTYRE: It’s about to get even lonelier at the top of Trump TowerUncategorized 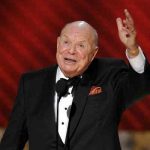