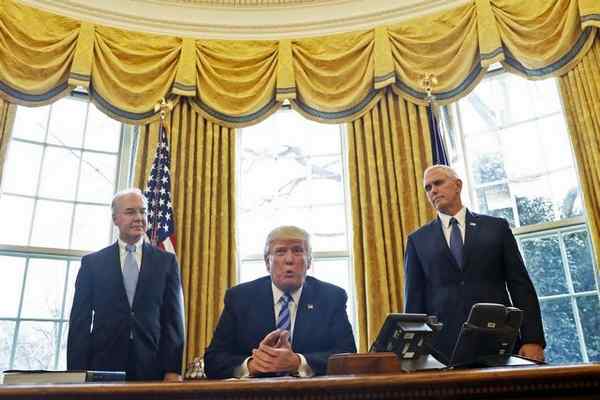 At noon on Jan. 20, Donald J. Trump took the oath of office as the 45th president of the United States. On Friday, March 24, his administration was officially placed on life support.

It’s hard to believe it’s only been two months. Trump years are shaping up to be like dog years, with one day equal to seven normal ones.

The last president who found himself in this much trouble this early in his term was our ninth, William Henry Harrison. But at least he had a good excuse. He died on day 31.

President Trump’s failure to win enough votes from Republicans in the House of Representatives to pass the “replace” half of his “repeal and replace” Obamacare campaign pledge is the kind of legislative catastrophe that starts the disaster dominoes toppling: a midterm blowout in 2018 followed two years later by the ignominy of a re-election defeat.

Trump can still salvage his presidency if he learns the right lessons from this blunder. The problem is DJT doesn’t appear to do introspection.

Trump arrived on the political scene as a human wrecking ball. He set out to demolish a calcified political establishment more interested in preserving their own prerogatives than serving the people they were elected to serve. Millions found and still find Trump’s bluntness refreshing.

But his current troubles have less to do with style than arrogance and ignorance. The man who started his political career at the very top would have been far better prepared for his current job had he spent some time in the mailroom.

This president is hardly the first to have problems with his own party.

Jimmy Carter was dogged for his entire term by Ted Kennedy and the Progressive Democrats. Kennedy nearly wrestled the nomination away from his own party’s incumbent at the 1980 Democratic Convention. Carter was one and done.

John Tyler, the man who inherited the presidency after Old Tippecanoe croaked on day one of month two, got into a big dustup with his fellow Whigs and found himself in political limbo, distrusted by the Democrats and literally excommunicated by the Whigs.

John Quincy Adams, arguably the most qualified man ever elected president, had no party to work with. The last of the Federalists, he was surrounded by an army of Democrats, Whigs, Know-Nothings and Anti-Masons. Few of his visionary programs ever saw the light of day in his lifetime.

Ironically, it was the same issue that threatens to torpedo Trump — health care. The failure to pass “Hillarycare” in the ’90s had reporters asking Clinton if his presidency was “still relevant.” Clinton had to think for a beat before he answered. But Bill Clinton was a quick study. He made adjustments and easily won a second term.

The presidency is hard enough when you do everything right. It becomes untenable when you do nearly everything wrong. James Buchanan is the perennial cellar dweller when it comes to presidential rankings. If you study his administration, you’ll see why.

President Trump’s approval numbers are sinking faster than my March Madness Brackets. He has swung his wrecking ball at friends as well as enemies. He seems to interpret dissent as disloyalty and has yet to check his retributive and vindictive personality. “When I get hit, I hit back harder,” said candidate Trump.

Congress just proved it has a pretty good right cross as well.

As he begins his third month in office, Trump is becoming radioactive; he has created unnecessary controversies with our closest allies abroad — the Brits, Germans and even the Canadians — to the delight of Vladimir Putin. At home he has trashed the CIA, FBI, NSA, a free press, the federal courts, the elders of his own party, his predecessor in the Oval Office and even his successor on “Celebrity Apprentice.”

The old cliché, “Success has many fathers but failure dies an orphan” has always been true but doubly so in politics. Unless Donald Trump can pull out his current nose dive, he will find out exactly how lonely it can be at the top. 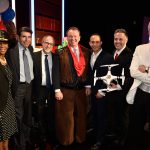 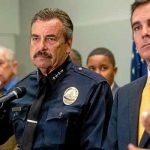