In sickness and in health

I’ve been sick; fever, sore throat, no voice, the same kind of crummy February illness that floats around every year.

Most years I dodge it, but this year, whatever it is, managed to sneak its way around modern medicine. Two different doctors looked down my throat. Dr. No. 1, a 20-something who looked like he fell out of an episode of “Chicago Med,” used his iPhone flashlight app rather than a scope. “It’s not strep” was his non-diagnosis.

Dr. No. 2’s judgment was slightly more specific, “It might be bronchitis.” So despite two medical exams I have an Undocumented Illness.

All the traditional treatments were applied: chicken soup, hot tea, hot tea with honey, hot tea without honey, tea with lemon, lemon without tea, over-the-counters, bed rest, half a box of Girl Scout cookies — hey, you never know? Then, finally, I called in the big guns and blasted it with a Z-Pak. It’s been 10 days and I’m still not 100 percent.

There is no more helpless creature on earth than a sick husband. And by “helpless” I mean big blubbering baby. Whatever façade of macho-toughness husbands present to the world dissolves instantly with the first sniffle. For 10 interminable days The Wife has had to endure a hacking, moaning, unshaven lump on the right side of the bed to which she has pledged a lifetime of fidelity. Unbeknownst to her the “In sickness and in health” clause of the marital contract includes some fine print: “Be advised, husband may — when ill — make endless demands for a cup of this or a tablespoon of that.”

It’s semi-miraculous The Wife hasn’t plunged a hatchet into my skull. No jury would convict. Certainly not a jury of wives.

While I had her jumping up every 5 seconds to tend to my latest need, I warned her not to get sick. This is the great unspoken between husbands and wives. When the husband is ill, every whim must be catered to. But under no circumstances is The Wife or any wife allowed to get ill herself. This goes triple if there are small children at home. When The Wife goes down, my universe grinds to a halt.

It has happened. Maybe a dozen years ago she caught something, and I brought her a cup of soup. And I remember, once, she even asked me to make her toast.

Toast! Me? Can you believe the nerve?

For those of us who have been blessed with health, an illness, even a routine cold or flu, is humbling. All those important plans for the week are suddenly not so important. And in the age of Twitter, 10 days flat on your back is an eternity.

But during those 10 days I’ve been reminded again how lucky I am to have a partner who will baby me with soup and tea and not plunge a hatchet into my skull no matter how much I deserve it. I’m reminded of my single friends and widowed neighbors who slog through their chills and fevers alone.

Ah! Here comes The Wife now. But what’s that in her hands? Is it the egg salad sandwich I requested? With crust trimmed and sliced diagonally? No, that looks way too big to be a sandwich.

Doug McIntyre’s column appears Sunday. Hear him weekdays 5-10 a.m. on KABC AM (790). He can be reached at: Doug@DougMcInyre.com. 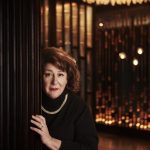