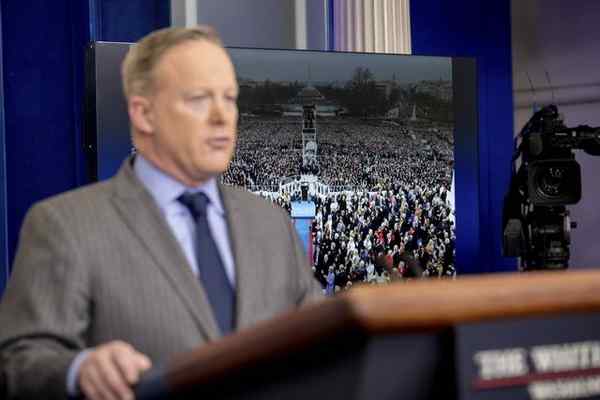 An image of the inauguration of President Donald Trump is displayed behind White House Press Secretary Sean Spicer as he speaks at the White House, Saturday, Jan. 21, 2017, in Washington. (AP Photo/Andrew Harnik)

Now we’re really in the soup. The bad news keeps piling up. Famed weather forecaster Punxsutawney Phil, the Fritz Coleman of burrow-dwelling mammals, just hit us with six more weeks of winter. That means instead of sunny and 76 degrees, we’re in for a month and a half of sunny and 74 degrees. I can only hope FEMA is prepared.

It’s easy to mock the notion that a small, fat, rat-like animal in rural Pennsylvania can accurately predict the arrival of spring, but The Wife and I own a cat, Doug Jr., who brings us foolproof weather updates about 10 times a day.

As an in-and-out cat, the kind that can’t make up the his mind if he’d rather sleep under the coffee table or on top of the neighbor’s Subaru, Doug Jr. is our personal four-legged weather gauge. When he comes in dripping, we know it’s raining. If he’s panting and screaming to drink from the kitchen faucet, it’s sunny and warm. If he’s cold to the touch, we put on a sweater. The cat has never steered us wrong, which is more than I can say for Bill “Godzilla El Niño” Patzert of JPL fame. The mistake I made was failing to give Jr. a clever name like “Woodland Hills Wally” or “Pasadena Pete.” That cat could have been my meal ticket.

Of course, it’s really not that hard to figure out if it’s going to be sunny or rainy in Southern California. It’s figuring out the rest of life that’s hard. We’re only five weeks into 2017, and every day screaming headlines bombard us at the speed of Trump. With each POTUS tweet, the Talking Heads race to makeup and hair to explain events they didn’t see coming. Students walk out of their classes. Anarchists set fires. Moms knit hats in protest.

Meanwhile, our new president bulldozes ahead, slashing and burning his way through policies imposed by his predecessor. While many millions cheer Trump on as he flips a U-turn and sends America racing in the opposite direction from Barack Obama, millions more are suffering whiplash. “Does he know where he’s taking us?” “Does he even care?” America has the jitters. Decaf should sell well for the next four years.

My crystal ball is notoriously foggy — I had the Rams going to the Super Bowl; still, I have had some premonitions I feel obligated to share. Call me “Daily News Doug.”

I crawled out of my warren of old magazines and Diet Coke cans to see which way the wind is blowing. Here’s what I see; six more weeks of hysteria, followed by six months of hand-wringing.

I see four-years of mean-spiritedness with hyper-partisanship continuing to tear us apart. I see administration spin-doctors defending the indefensible, with the president saying or tweeting something inexplicable on a daily basis.

I see the president’s critics condemning every single thing he does as motivated by malice, greed or stupidity, while continuing to insult his supporters as idiots or fascists.

I see more tension in the streets. I see more violence and anger and destruction unless cooler heads prevail. I pray I’m as wrong about this as I was about the Rams winning Super Bowl LI.

We seem doomed to live out a real life “Groundhog Day,” like in the movie, endlessly repeating the same cycle of events over and over until we finally learn the only way to break this endless chain of negativity is to be better husbands, better wives, better sons, better daughters, better friends and neighbors, and better citizens of the last best hope on Earth.

Doug McIntyre’s column appears Sundays. Hear him weekday mornings at 5-10 on KABC-AM (790). He can be reached at: Doug@DougMcIntyre.com. 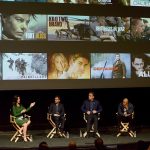