Wow, we sure love murder!

There must be 50 channels featuring world-weary detectives trying to crack cold case crimes of unspeakable depravity. Apparently TV viewers have an insatiable appetite for strangled hookers, bludgeoned waitresses and the occasional mistress run through a wood chipper. It’s all slaughter all the time. SPOILER ALERT: The husband did it.

Then there are the dozens of channels selling stuff; mostly cheap jewelry. Jewelry you wouldn’t wear in a middle-school production of “Hello Dolly.” Yet, amazingly, this stuff seems to fly off the shelves. Maybe it’s the “three easy payments of only $19.95!”

Every time the cable bill comes I’m embarrassed to be reminded how much I shell out each month to Spectrum – formerly Time-Warner, formerly Adelphia – nearly 200 bucks! Granted, that includes our internet service, but still, TV used to be free. How did $2,400 a year to watch television become a thing?

And the sad part is, I can only remember watching six channels. That’s it. Six. Here they are: NBC, (I have to have my Lester Holt) CNN, The History Channel, (“American Pickers” and “Pawn Stars”) MLB Network, the Dodger channel and once in a blue moon, NatGeo. All those other channels might as well be invisible.

Perhaps inspired by the National Geographic Channel I embarked on an expedition of my own, a tour of the entire cable universe from channels 2 through 800. (I threw in the towel when I hit the music channels that go, I think, to infinity.) I accepted this challenge with an open mind. Maybe there was something amazing I’ve been missing all these years?

What I found instead were umpteen networks featuring grown men arguing about football even though football won’t start again for six months. I saw cartoon shows of varying degrees of violence or banality fight it out for eyeballs with angry African-American women screaming at each other for no identifiable reason but a lot of fingers were being pointed.

Evangelicals with enormous piles of hair fervently prayed for me to pick up the phone and support his or her vital work on behalf of our Lord and Savior, Jesus Christ.

I surfed a veritable Tower of Babble in HD of jabbering foreign language programs; Persian news, Korean music videos, Russian ballet, Armenian cooking tips, the always popular Mexican variety shows featuring fat guys dressed as bees and some odd clucking sounding language I couldn’t make heads or tails of that was still easier to understand than the Louisiana swamp dweller who shoots alligators for a living I saw on some other channel. I forced myself to stop on each station for a minute or two to get a sense of what they were about. Except for the cable news talking heads gasbagging about the Trump outrage du jour. Those I blew right past.

My journey into the dark underbelly of cable television opened my eyes to many new worlds. On a channel showing nature documentaries I learned the frog fish will eat other frog fish while a weather update informed me Nebraska has been unseasonably warm this year. A bald man told me the markets are up even though the Fed might hike interest rates and a woman with enormous breasts explained in Spanish that this is the best time in the history of the world to buy a Honda in Montebello.

I lingered on this channel.

Around the 500s I landed on more sports stations, one promised thirty minutes of University of North Dakota sports talk, and damn the luck, it’s not available as part of my cable package. $200 a month and I don’t even get UND sports talk?! Spectrum sounds like a James Bond villain but do they also have to act like one?

It took nearly two hours to go all the way up the dial. I nearly bailed a dozen times but managed to slog on from my sofa, a couch potato Lewis & Clark, determined to find out what’s out there in the cable TV wilderness.

And the truth is, not much is out there.

After a while the TV channels start to repeat themselves the way Ventura Boulevard starts over again every couple of miles. So I have returned to my cloistered TV world, my six dependable channels.

Today I watched three innings of a spring training game between the Tampa Bay Rays and the Minnesota Twins, an utterly pointless contest featuring scrubs I’ve never heard of and will likely never see again. It was a spectacular waste of time, time I will never get back.

DOUG MCINTYRE: IN SICKNESS AND IN HEALTHDoug McIntyre 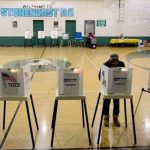