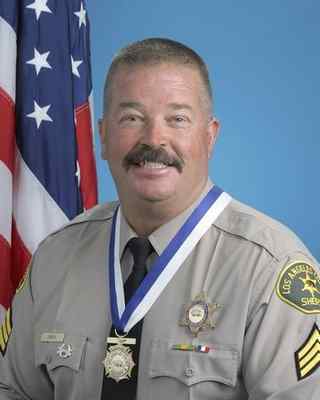 The back door slammed shut, and John Henry Reed went directly to his bedroom. There, as if on auto pilot, Jack Reed, as he was universally known, flipped open the cylinder of his .38 revolver and expertly emptied all five rounds into the palm of his hand. One by one he popped the bullets into a box of shells on the top shelf of his closet. The gun itself followed, wrapped tightly in a soft towel.

Jack Reed was a cop.

Jack Reed was my grandfather.

We called him “Popper.”

My brother and I watched Popper go through this ritual every day. Maybe he knew we knew where he kept his gun, but if he did he never said a word. He didn’t have to. It was always made clear to us guns were not toys. We understood the police business was serious business.

My grandfather died in 1967, age 64, a few months shy of a forced retirement that broke his heart. He loved being a police officer. I wonder how many cops today love their job? One man who did was Los Angeles County sheriff’s Sgt. Steven Owen.

Owen’s slaying last week has generated an outpouring of affection for a man who did the job right. Even some of the folks he busted have expressed genuine grief as word of his death spread.

Owen’s death comes on the heels of a series of highly charged officer-involved shootings, almost all involving young African-American men, including three here in Southern California in the past two weeks. With the proliferation of security and cellphone cameras, suburban Americans — mediaese for White people — are getting their first real look of what it takes to keep us safe in our beds at night. The picture is less than pretty.

Community activists — mediaese for Black people — say this is how it’s always been; the only thing new is now we see it on television.

From Ferguson, Missouri, to Lancaster, California (scene of Owen’s death), police officers face unprecedented challenges: the drug- and booze-addled commingle with the clinically insane and morally depraved creating a toxic soup of social ills the cops must referee. From gang bangers to the suicidal, police officers are society’s janitors called in to clean up the mess after every other system fails.

And cops fail, too.

Sometimes a sociopath gets through the academy. Don’t make that face. It’s true. Sometimes, after years of dealing with the meanest of mean streets, a cop’s heart can harden, and we end up with a bully with a badge.

And sometimes a police officer simply gets scared and makes a mistake. I have no idea how I’d react if I had a split second to decide if that thing pointed at me is a cellphone or a gun. If I screw up at work, nobody dies.

We put our lives in the hands of pilots and doctors. When we ride a bus or call Uber we trust our driver isn’t drunk or stoned. We assume the engineers who designed our bridges passed physics, and our friendly neighborhood pharmacist is familiar with the fundamentals of chemistry. Mistakes are still made, and people die. But only police officers are given a gun and empowered to take lives as a precondition of their employment. It’s an awesome power, and it comes with awesome responsibilities.

Nobody has ever called 9-1-1 and said, “My wife loves me, the car gets good mileage, and the kids are doing great in school.” Cops get called when someone is having the worst day of their life. It’s a tough job.

It’s also tough being a kid in a bad neighborhood with too many gangs and too few fathers, lots of drugs and guns, but not enough books and healthy food. Who wouldn’t be angry?

As the grandson of a cop, I am predisposed to support the police. Still, I am not blinded by my bias.

The folks who reflexively think the cops are always right often have no problem believing the rest of government is always wrong. Meanwhile, many people who fear the police somehow trust other bureaucracies to fix their broken lives. Until robots take over, humans will still play key roles in society, and that means we get warts and all. And in the case of Sgt. Steven Owen, the occasional ultimate sacrifice in the service of all. 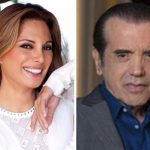 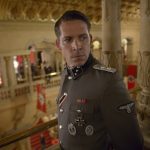