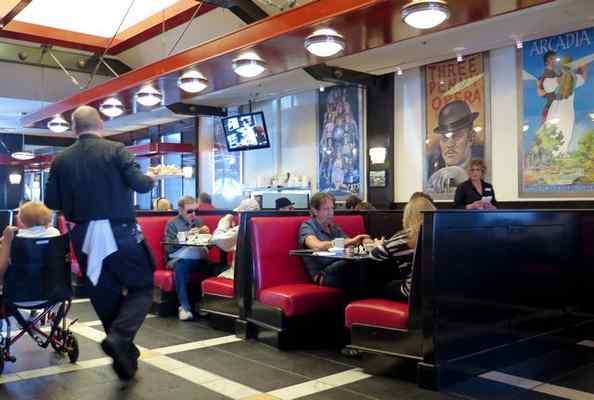 A sign on the door at Jerry’s restaurant and deli in Woodland Hills, says that it will close on October 16, 2016. (Photo by Dean Musgrove, Los Angeles Daily News/SCNG)

In my former life as a New Yorker I worked in Times Square, where once a week my office mates, Sid, Scott and Merrill, would pony up for lunch at Al’s Delicatessen on 43rd street.

Al’s was directly across from the New York Times and about as roomy as a Japanese subway car at rush hour. As the junior member of the staff, it was my job to squeeze in to Al’s, order the sandwiches, then fight my way to the cash register. I’d actually stand on the sidewalk practicing: “Sid wants a tuna melt with a side of potato kugel. Merrill wants the Matzo Ball. Scott, turkey salad with two slices of pickle. I’ll have the roast beef on a roll, mustard, mayo, hold the lettuce.” I’d tap my side and shirt pockets to make sure I had everyone’s money ready to fork over. God help me if I fumbled a quarter or slowed up the line for even a second.

“Come on! Come on! We don’t have all day!” the counter man would shout. Lunch at Al’s was a contact sport.

Today a 40-story building stands where I once stood. Al’s is long gone.

One week ago, Jerry’s Famous Deli in Woodland Hills closed for the last time. No more loxs, no more bagel chips, no more smoked herring. Jerry’s Famous once boasted nearly a dozen locations; today there are only three.

And it’s not just Jerry’s.

The famed Carnegie Deli in New York will pack the last to-go orders at the end of this month. Billy’s Deli in Glendale closed last year after 67 years. Label’s Table in Woodland Hills is just a memory. Deli after deli across America has gone the way of drive-in movies and public pay phones as rising rents and changing tastes have sliced into the bottom line like a knife through liverwurst.

There are still some survivors; Weiler’s in Canoga Park, Art’s in Studio City, and of course downtown there’s Langer’s. You’ll find pockets of kosher resistance here and there, but the sun appears to be setting on the great American delicatessen.

“Delis are a bit of a dying trend,” said Patty Tatone back in 2014 on the day Label’s closed their doors for the last time. “They’re not the cheapest, and there’s a whole generation growing up on Baja Fresh and gluten-free bread.”

The Carnegie in New York is the home of the $30 dollar sandwich. Delis are crazy expensive for young people who would rather starve than eat tongue on sourdough. Today’s kids demand cuisine. They use their phones to track their favorite gourmet food trucks, trucks that sell everything from lobster rolls to hemp taco salads or whatever the hell it is young people eat these days. Nobody under 70 has ever ordered an olive loaf with extra horseradish. Deli fans are dropping like flies.

At Art’s in Studio City, “Where every sandwich is a work of Art,” the lunch crowd isn’t much of a crowd anymore. The tables packed with soup-swilling sitcom writers from the old MTM lot on Radford are mostly gone now, victims of reality television, runaway production and kale. It’s one of the ironies of modern life — we’ve never been fatter and we’ve never been more health conscious. Go figure.

Tastes change in fashion, music, comedy, sports — golf and horseracing are dying — and yes, food. There aren’t many places left where you can get Steak Diane or Oysters Rockefeller. Good luck finding once-popular items like turtle soup and boiled eels.

Can you imagine? Boiled eels? People used to eat that.

The deli is fighting for its life against a swarm of fast-food options, healthier, faster and always cheaper. The Chipotles and Baja Freshes are crowding the field, giving even low-enders like Burger King and McDonald’s a fit. So it’s small wonder the delicatessen is on life support.

Still, it’s hard to imagine today’s 20-somethings 50 years forward kibitzing about the old days over a bowl of artisan quinoa.

Reminiscing requires a side of coleslaw. 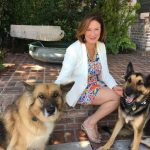 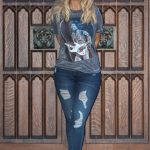