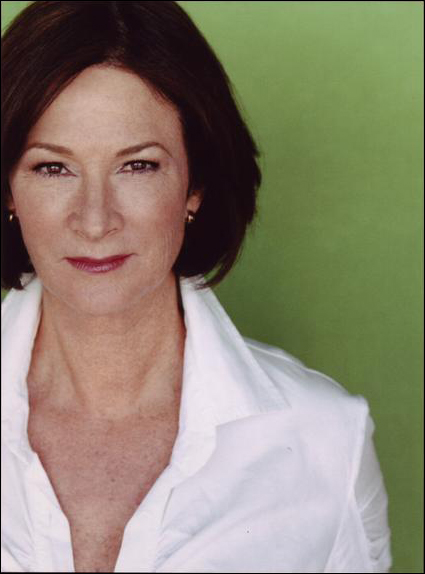 When I was approached to interview Lucy Butler, I booked the next plane out! What impresses me most about Lucy is her multi-dimensioned career. She’s an actress and business woman. Lucy has been seen on such hit shows as NCIS, Rizzoli & Isles, Law and Order, Criminal Minds, 24, The West Wing, and Gilmore Girls. In addition to acting, Lucy owns a concierge service travel company called “Where on Earth,” which was born out of her love of travel, something she’s been doing since she was a little girl.

Lucy can currently be seen every Sunday night at 9pm on TNT’s The Last Ship as “Roberta Price.”

1. You are currently on TNT’s The Last Ship, playing “Roberta Price,” a powerful Southern Politician that is a cross between Hillary Clinton and Carly Fiorina, with a sprinkling of former Governor of Texas, Ann Richards. What attracted you to being on The Last Ship? Well, first of all, let’s be honest, it is a great job on a hit show! I was attracted to being on the The Last Ship as it has a great story line, and fabulous nontraditional female characters, whether they are politicians, translators, presidents, or helicopter pilots. The writers and producers are very open to women in powerful positions, which is very rewarding to play on screen—not to mention unusual.

2. What do you relate to most about “Roberta”? What’s one quality about “Roberta” you wish you had? I relate to “Roberta” as she has had to be successful in a man’s world, and make her own way. She is smart and educated, and doesn’t take no for an answer. I admire the way she is not intimidated by anyone! This is a woman playing hard ball in a man’s world, with a brooch or two thrown in to the mix.

3. Does this election year inform the way in which you portray “Roberta” or approach the role? This election year is the first time we have had a female presidential nominee from a major party. This totally informs the way I play “Roberta.” It is crucial that women be given a voice and that we destroy the “glass ceiling.” While many supposedly enlightened voters may not openly admit it, sexism and racism are alive and well. “Roberta” gave me a chance to “pull out the stops” in a crucial election year, where women are becoming more visible on the international stage.

4. What’s the funniest thing to happen to you during the filming of the show so far? Early one morning one of the production assistants very kindly offered to give me a ride in the golf cart so I would not have to walk so far carrying all of my luggage in the heat. Well, the golf cart ran out of juice so there we both are, sweating in the heat and pushing it up the hill. We started laughing and could not stop, so of course then the golf cart was going back down the hill, which made it more difficult……….and then when she offered me a ride the next week, the car died again! So we decided we have bad golf cart karma. From then on I walked.

5. In 1987, you guest starred on one of my favorite television shows of all time, Family Ties, playing a friend of the family who comes to a surprise birthday party one day early and ruins the event. What do you remember about your guest appearance on that show? I will never forget the experience of working with Michael J. Fox. Even in the very first table read, he was inventing physical comedy and making sure that the jokes worked. It was incredible to watch. The whole week he gave 100% and his creativity was inexhaustible. And even at the taping, he was still trying new things out! And of course he is equally good at drama, and now is a hero in the Parkinson’s community.

6. Besides television, you have also done a lot of stage work. What do you love about performing in theatre that you don’t get in film/television? Do you hope to come to NYC to do a Broadway or Off-Broadway show? You hit it on the head, Adam. My greatest dream, (don’t tell my agents, the money is not always fabulous) is to appear on Broadway and London’s West End. What I love about theatre is the rapport with the audience, the feedback you get from them. You can tell when they are listening, when they are restless, when they are uncomfortable, and play off of that experience. It is almost like having a dialogue with the audience. And of course, the adrenalin thrill of being on stage, trusting the lines, the other actors, and your emotional commitment is extraordinary. I was lucky enough to work in Chicago in the earlier days of Chicago theatre, the 80’s, and it was unbelievable training. Not always easy, but fantastic. I miss it! Chicago audiences are among the very best, very knowledgeable, great fans, and sophisticated listeners.

7. In addition to acting, you also own your own concierge service travel company called “Where on Earth,” which you started because you love to travel, which you’ve been doing since you were a young girl. What was the moment where you went, “I love traveling so much, I want to open my own travel company”? You know, oddly enough, there was no specific moment that I said “Yes! I should do this!” What happened was that my friends starting asking me to plan their travel. I kept thinking “Why are they going there? That is the wrong time of year! Don’t they know they won’t like that sort of trip?” And I realized that there was a niche for concierge style travel, not just booking the cheapest flight to Waikiki and a luau. What I do is a form of travel therapy—I ask clients what they want out of their trip and what they hope to accomplish. It is very cool to make those dreams come true-I recently completed designing a 25th anniversary trip to Italy with Vespa tours, private visits to the Vatican, a renewal of vows in a Tuscan chapel, and lots of exclusive access wine tasting.

8. What have you learned about yourself as a business woman that you then brought with you into your acting? Don’t be afraid to say no. If you think you are not a match for someone, you are probably not. Not all jobs are right for you, and you will get the ones that are!

9. Out of all the places you’ve visited, what are the top three places you feel someone has to visit in their lifetime and why? Don’t miss Borobodur in Java-it has the most unique feeling of spiritual peace, a fabulous Aman hotel nearby, and smoking volcanoes. The view of the crater and sea in Santorini, Greece is a bucket list moment as well-but please don’t go there in June, July, or August. And as Audrey Hepburn says, “Paris is always a good idea.”

10. On “Call Me Adam” I have a section called One Percent Better, where through my own fitness commitment, I try to encourage people to improve their own life by one percent every day. What is something in your life that you want to improve by one percent better every day? What a great question Adam! I strive to learn to pause every day to make better decisions and improve my self-discipline. Definitely an ongoing process! 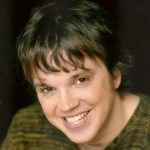