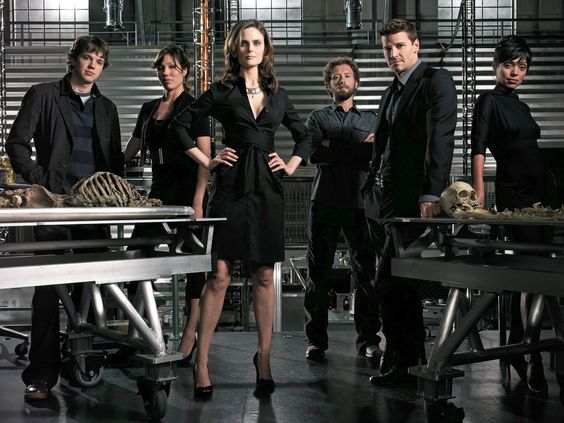 Eric Millegan recently had a chat with Adam Rothenberg of Call Me Adam:

I love a versatile actor, one that has worked in film, television, and theatre. What I love more is an actor, whom after being on a hit show, still comes back to the stage. This is just one reason I am thrilled to have been given the opportunity to interviewBones’ Eric Millegan. It was great geeking out with him on musical theatre, getting to the bare essentials of his time on FOX TV’s hit show Bones as well as learning about his struggles and how he hopes to improve his life by one percent better everyday!

Eric’s latest film, Lady Peacock is currently available on Hulu and Amazon Instant Video. Also, in the interview below, Eric has some “Bone” chilling news to share!

1. You have been performing since you were seven years old. What or what inspired you to become a performer? I really don’t know. I’ve enjoyed singing for as long as I can remember. When I was very young, I asked my Mom if I could be an professional actor when I grew up and she said yes.

2. You have such a rich history in theatre and have moved into film/television. What do you like about working in each medium? Like I said, I love singing so obviously, I love doing musicals. Unlike film and TV, you get immediate feedback from the audience so that’s fun but I also really love TV and film. You get to create something natural and real. You really dive into the role. It’s also fun to work intensely on a scene and once you nail it, it’s over, you move onto the next scene. And there’s always something new, unlike theatre where you’re doing the same thing over and over again.

3. One show you starred in as a child was Oliver. The most famous part of the show (at least in my mind) is when “Oliver” asks for more food, saying, “Please sir, may I have some more?” To which “Mr. Bumble” replies “MORE??” When was there a time in your life when you wanted more of something and someone responded with a similar tone of “MORE?” as if they felt you weren’t entitled to more. I’ve always wanted more acting jobs but they’re not easy to come by. There is A LOT of rejection.

4. Another show you have starred in several times is The Most Happy Fella. When do you say to yourself, this moment or this time spent with makes me “The Most Happy Fella”? I love love love The Most Happy Fella. So many great songs of so many different styles. I played “Herman” in college and then I was “Clem” at St Louis Rep and Cincinnati Playhouse in the Park. It’s fun singing “Standing on the Corner.” Great song. When I’m working on Bones, I feel very grateful to get to work on such a great show. That certainly makes me a most happy fella.

5. For five years, you starred on FOX’s hit series Bones as “Zack Addy.” What did you relate to most about “Zack”? What is one quality about “Zack” that you wish you had, but don’t? Well “Zack” is obviously very smart and I used to be smart when I was younger. I skipped the 7th grade and went on to be Valedictorian in high school but I don’t feel very smart nowadays. It’s weird and hard to explain. But I’ve always been good at playing smart people and those are often the kind of roles I go up for. I’m not sure there is any quality about “Zack” that I wish I had. I’m pretty happy with who I am.

6. What were your top three funniest moments on the set of Bones?

1) There are two games we used to play on the set. One is “Who’s working?” Sometimes, it seems that everyone is waiting around for something to get done before we shoot the next take. So we look around to find who is working. The other is “Who’s sleeping?” It can be fun to see if you can find anyone on the set who is sleeping.

2) Emily Deschanel and I used to sing on the set and one day we got a little out of control singing songs from Annie and we sort of got in trouble. The 1st AD came over to us and said “We love it when you sing. We love it. But we need you to not sing.”

3) Emily and I always laugh when we look back at a certain scene where I had to do this little dance while she said her line because of the way the camera was moving. I had to step to my right and back and then forward and back. And it’s a very serious scene and it was sort of ridiculous. We look back on that and laugh about it all the time.

7. As a result of being on Bones you have traveled all over to Paris Manga, San Diego Comic Con, New York Comic Con, Collectormania Milton Keynes (UK), LA Times Festival of Books, Wonder Con (Anaheim), and Space City Comic Con (Houston). What is it like to attend these events and meet your fans? I love love love it. Being paid to travel and meet with fans who love you is obviously a great experience. And I’ve made some good friends along the way.

8. There is talk that you might be returning to Bones for the 12th and final season. Can you reveal to fans if that comeback is happening and if so, what’s it like to know that so many people have begged and pleaded for your return? Yes, I am returning for the 12th season. In fact, I have already shot episode 1 and Emily directed. It’s a great episode. I think the fans are going to love it. The fans’ support throughout the years has been overwhelming to me. Making money and acting is great of course, but honestly, when I found out I was coming back to the show, I was most happy for the fans. They deserve to see “Zack” again.

9. What has been the best part about being an actor? What has been the most challenging? First and foremost, it’s the work itself. I really love acting and when I get a chance to do it, it’s wonderful. It’s also great to have people come up to you on the street and tell you how much they’ve enjoyed your work. The most challenging thing about being an actor is finding work. It’s not easy. I’d love to do another series when Bones is done but it’s very competitive and it’s hard to book those jobs. I have a great manager and great agents and great publicists so I look forward to working with them to find that next project.

10. On “Call Me Adam” I have a section called One Percent Better, where through my own fitness commitment, I try to encourage people to improve their own life by one percent every day. What is something in your life that you want to improve by one percent better every day? Oh wow. I think the thing I need and want to focus on more is my writing. I have a play and a screenplay in the works (I’ve written two other screenplays) but I’ve gotten lazy. They’re really good projects and I need to get back on track and put in the work in to get them done. 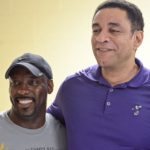 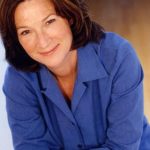