AAMPA will live as the definitive archive of the cultural expression of African American high performance art. The centerpiece of this institution, the “living” museum will offer the general public a venue where they can learn about, participate in, and enjoy great works of performance art by African Americans. Housing both permanent and temporary installations, the museum will be fully interactive, with an analog and digital library, archival footage of theatrical performances, in dance, jazz, drama, musicals, etc., and live demonstrations by Conservatory students and local artists.

AAMPA will become the premier institution through which we will chronicle our legends; provide a nurturing and inspiring environment for anew generation of performers who are dedicated to enriching our lives through their craft, daring, and accomplishment; forge arts alliances; and incubate thought leadership, research, and new art forms that foster self-definition, social justice, healing, and consciousness.

AAMPA will ultimately be the national hub for artistic expression on the South Side of Chicago. This will help change the stigma surrounding South Side neighborhoods and reinforce the African American legacy of arts and culture in Chicago.

Ekundayo Bandele is from the Fort Greene neighborhood in Brooklyn, NY. He attended Tennessee State University in Nashville, TN, and Morehouse College in Atlanta, GA. He produced his first original play in 1993. He went on to write and produce four other plays including Judas Hands which premiered as part of Cleveland’s Karamu House’s reading series. Mr. Bandele founded Hattiloo Theatre, a non-profit Black repertory theatre, in Memphis, TN in 2006. He’s directed many of August Wilson’s Century Cycle plays including “Fences” and “Two Trains Running.” From 2012 – 2014, he spearheaded a $4.3M capital campaign that resulted in the construction of Hattiloo’s 14,000 square foot venue that opened debt-free in 2014. In 2014 he worked as assistant director to Tony Award-winning
director Ruben Santiago Hudson at the Willamstown Theatre Festival’s production of Domonique Morriseau’s play “Paradise Blue,” which started TV/film star, Blair Underwood. In 2016, he partnered with the City of Memphis to open the Hattiloo Technical Theatre Center. Also, in 2016, he raised $900,000 to build an annex on to the theatre called the Hattiloo Development Center, which opened in April 2017, also debt-free. He is chairman of the board of Memphis Brand. He also serves on the board of directors of Memphis Tourism and Overton Park Conservancy. He is past chairman of the Memphis Office of Youth Services. He lives in Memphis with his wife of 26 years, Nicole, two daughters who Hattiloo Theatre is named after – Hatshepsut (Hatti) and Oluremi (Loo), and his mother, Judith Williams. 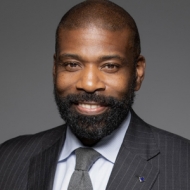 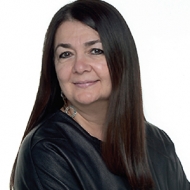 While at The New York Times, Yasmin architected its annual $836+ million consumer revenue business and its 2+ million paid consumer relationships. She directed the strategic development and launch of The Times’ Digital Subscription business in 2011. When she left The Times in March 2015, total consumer revenue accounted for 53% of the company’s total revenues; a game-changing achievement in an industry that had traditionally been dominated by advertising revenue.

Yasmin is actively involved in the news media industry and is a frequent speaker at industry events worldwide. She serves on the Board of Directors of The Bureau of Investigative Journalism (U.K.) and The Oceanic Society (U.S.A.). Yasmin’s former Board appointments include: President, International News Media Association (INMA); Director, Alliance for Audited Media; Vice Chair, Times Square Alliance; and New York Advisory Committee Chair, The News Literacy Project.

Yasmin received the 2015 Folio Top Women in Media Industry Leadership Award and the 2010 International News Media Association Silver Shovel Award for Career Achievement. She has a Bachelor of Science degree in Psychology from the University of Maryland and a Master of Science degree in Applied Statistics from Villanova University.

In her spare time, Yasmin is an avid international traveler and amateur photographer. She has photographed all seven continents and over 50 countries. She is a passionate supporter of wildlife and environmental conservation.

TaRon Patton is an accomplished arts executive who currently serves as the Co-Founder of The African American Museum of the Performing Arts. She successfully served as Executive Director for Congo Square Theatre where she increased foundation, corporate and individual giving to over $750,000 and produced the new work Twisted Melodies which toured Chicago, Baltimore, Washington DC and the Apollo Theater in New York in 2019.

TaRon has been an ensemble member of Congo Square Theatre for 20 years where she received over 13 Black Theater Alliance Awards and three Joseph Jeff nominations for her performances. Theatre credits include Meet Vera Stark (Goodman Theatre), Hot L Baltimore (Steppenwolf Theatre Company); King Hedley II (Congo Square Theatre), and Joe Turner’s Come and Gone (Goodman Theatre). In 2005, she performed in The Bluest Eye at the Steppenwolf Theatre Company which toured to New York City at the New Victory Theater. She made her directorial debut at The Apollo Theatre in 2006 at the Hip Hop Festival with Deep Azure by Chadwick Boseman, and shared the stage with the legendary Anthony Chisholm in the production St. James Infirmary directed by the Founder of The African American Museum of the Performing Arts, Harry Lennix. Television credits include The Chi, Empire, Chicago PD, Chicago Fire, Chicago Med, Chicago Justice.

In July 2019, TaRon created GLP PRODUCTIONS, INC. where she served as executive producer for the Pan African featured short film ROAD TO FREEDOM, the pilot for MISTY TANNER and the world premiere of “N”. TaRon just recently returned to the stage in Her Honor Mayor Byrne at Lookingglass Theater which just aired as a Radio Play on WBEZ. Her directing credits include Saturday Night, Sunday Morning (Steppenwolf Garage Rep), Bulrusher and Nativity Tribute (Congo Square Theatre).
She is currently the Associate Director for Gospel Colonus at the Court Theatre scheduled to premiere in 2021.

In 2001 TaRon Patton launched the summer education program for the University of Michigan then returned to Chicago as a professor at Kennedy King College. In 2004 she served as an after-school teaching artist for Court Theater at Dunbar HS, South Shore HS, and Kenwood Academy. 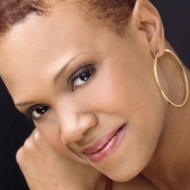 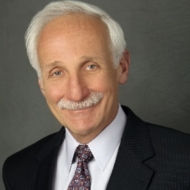 Before joining Pitney Bowes, Harris was Vice President, US North Enterprise Region and Mid-Market for IBM, Mr. Warsaw had executive responsibility for implementing and executing IBM’s sales strategy and coverage model in New York, New Jersey and New England. In this capacity, Mr. Warsaw devoted his time and expertise to lead IBM in delivering Cloud, Analytics, Mobile and Social business solutions to clients through direct and channel sales in one of IBM’s largest growth markets.

Previously, as Vice President, Marketing and Strategy Global Sales and Distribution, Mr. Warsaw had global executive responsibility for marketing and strategy, including industry, midmarket, ibm.com and Business Partner organizations. In addition Mr. Warsaw provided business direction to the Asia-Pacific, Americas, and Europe-Middle East (EMEA) teams. He focused on aligning IBM’s marketing efforts to support the sales force and lead several cross-company marketing initiatives, including IBM’s go-to-market efforts for e-business on demand. Under Mr. Warsaw’s leadership, Global S&D became a more tightly integrated and effective marketing execution organization to bring forward the breadth and depth of IBM’s portfolio to its industry customers and to the marketplace.