This week our country gets a new president, our 45th, Donald J. Trump.

Many people spark to Trump’s blunt “If you hit me I hit back twice as hard” style. They find him refreshing.

I think he’s the most ill-prepared and ill-suited person ever elevated to the office. With that said, I hope he turns out to be as “amazing,” “fantastic,” “terrific,” “awesome,” and “really, really, really good” as he claims he will be.

I don’t root for presidents to fail.

I didn’t root for George W. Bush or Barack Obama to fail. I’m not going to root for Donald J. Trump to fail. If I cut off my nose, my glasses fall on the floor. They’re no good to me down there. He was not my candidate, but like it or not, he is my president.

And that worries me greatly.

Two weeks ago, in a rare gesture of political magnanimity, Hillary Clinton and former President Bill Clinton agreed to attend Trump’s inaugural ceremony alongside former Presidents Bush (43), Carter, and of course, Obama. While many of Clinton’s supporters are eager to de-legitimize Trump’s presidency, the woman with the greatest reason to resent his victory has risen above her own bitter disappointment to present a unified face to the nation and the world.

“What are Hillary Clinton’s people complaining about with respect to the FBI. Based on the information they had, she should never have been allowed to run — guilty as hell.”

So we’re back to that again.

After being offered an olive branch, Trump chose to stomp on it. Don’t be shocked if Hillary and Bill suddenly remember they have dental appointments on Friday.

To return to “she’s guilty as hell” one week out from taking the oath of office is further proof we have elected a man without impulse control, just one of the many chilling character defects Trump brings to Washington.

It serves neither the nation nor his personal interests to continue hammering away at Clinton. The campaign is over. Clinton offered to stand by Trump’s side while he takes the oath office, despite getting 3 million more votes than he did. Rather than express gratitude, Trump chose to reopen campaign wounds. The only thing worse than a sore loser is a sore winner.

So what to do if you’re one of the many millions who didn’t vote for Trump? Read as much as possible. Read magazines, newspapers and websites, especially those you disagree with. Stay in constant contact with your elected representatives. Run for office. Vote. Roll up your sleeves and get involved in L.A. or Long Beach, or Pasadena or wherever you live.

Here’s what won’t make things better: throwing rocks at cops. Tying up traffic in protests that only punish working people trying to get home after a long day. Unfriending people you’ve loved and laughed with for decades. Insulting and denigrating anyone who did vote for Trump in an endless stream of online screeds. Lobbying for California (or any other state) to secede from the Union — that ship sailed 152 years ago at Appomattox Court House. And most importantly, don’t assume everything proposed by Trump and his party comes from evil intent. There are other points of view in the world.

And what role should Trump supporters play these next four years?

Read as much as possible. Read magazines, newspapers and websites, especially those you don’t agree with. Don’t justify the unjustifiable with a laundry list of Clinton’s or Obama’s transgressions. If we don’t accept “He did it first!” from our kids when they act up, we certainly shouldn’t accept it from our president. And most importantly, don’t assume everyone who opposes Trump and his party is doing so out of evil intent. There are other points of view in the world.

Doug McIntyre’s column appears Sundays. Hear him weekdays from 5-10 a.m. on KABC AM (790). He can be reached at: Doug@DougMcIntyre.com 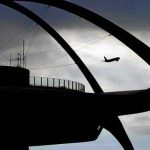 DOUG MCINTYRE: FLYING IS LITERALLY FOR THE BIRDS…AND DOGSDoug McIntyre 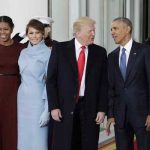